Jim was a homeless person living in an abandoned building in Wentzville. The neighbors called the police because they were afraid he would burn the building down while making a fire to keep warm. The police came and didn’t know what to do with him, so they called Paul and he put him in a hotel for a week while trying to find him a job. Paul took him first to Labor Ready and he took a personality test for new applicants. He failed the test and Paul asked him why. He said they asked a trick question, and he didn’t want to lie. He said the question was “If a fellow worker would come to you and slug you, what would you do? Jim said he told them he would hit him back. 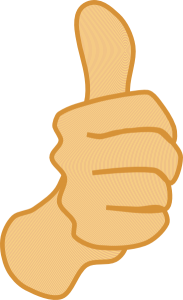 Paul counseled Jim to answer those kinds of questions in a more gentle and understanding way next time. So they went to another temp agency, and they hired Jim and sent him to a work assignment. A few weeks later the agency called and asked if we had any others like Jim, because he just won the Employee of The Month Award. They said they need more workers like him, he did the work of 2 people and never complains.

Another miracle from God! One day in an abandoned building for shelter, and a few weeks later winning the Employee of The Month Award. This is what makes it a joy to help the least of God’s people, and encourages us so much to continue our ministry to the homeless.

Terchell and her son had relocated to St. Charles County after her husband told them to leave because he was tired of them and couldn’t afford them anyway. She had only a rental car and $40 in her purse to her name. Terchell is a born again Christian.

She was blessed to get a job as a manager of the hair salon in a Walmart store. But her first check would not arrive in time to meet expenses. So she contacted as many churches as she could to get through, as there was still a lot of month left and no money yet. But Oct. 30 would be a day of destiny that changed her life.

She had gone to a church she was told might help her and prayed all the way there and back that she would be able to leave the motel soon and move into an apartment she had previously applied for. Just before Paul showed to talk to her in the motel lobby, she was informed that she was accepted for the apartment and would also receive the first month’s rent free. Paul said the church she talked to had called him and would donate $200 to his ministry if he would use it to pay $200 towards her room. Then Paul asked how much deposit it would take to move into the apartment. She said $500. He said “Instead of giving it to the motel, why don’t we just add $300 to it and move you and your 17-year old son into the apartment today?” And that is what happened.

That was Terchell’s First Step Back Home. Not only did Paul help them move out of the motel with his van, but he helped them with food, bedding, and transportation services to work. In addition to all that, he then drove her to get her car which had been sitting in the garage for a year, and helped to get the car repaired and legal by raising the necessary money from the people in his Bible Study group. What a series of miracles all orchestrated by God! Terchell believes she will never be able to thank Paul and FSBH enough for the love of God and kindness shown by Him to her and her son. She prays that FSBH continues to do what God has ordained, to help the poor and needy.

This is just one of many examples where people go from living in motels or even their cars to advancing themselves in society with a little help from a friend, and a lot of help from God and His Son Jesus. Exercising faith in God and belief in Him through Jesus will take a person to places unimaginable. It is God’s will that we invest in the lives of the less fortunate and do what God created us to do…love God, and love the poor as ourselves.

Devaughn was a 10-year long drug addict, and had also been a drug dealer. Living in a basement of an abandoned building, he decided he was finally tired of the life in the gutter. He called Paul and asked for help to change his life around, but didn’t have a real job. So Paul told him if he would get a job, he would help him. At the time, FSBH did not have the funds to support someone in a motel until they got a job. It’s hard enough to pay for their motel room at the rate of $175 per week for 2 weeks after they do get a job, to cover them until they get their first paycheck to start supporting themselves.

So the next day Devaughn called and said he had a job at McDonalds, but didn’t have a ride. Paul gave him a ride, and introduced him to other agencies and churches, and one local church really stepped up to help him. In 3 weeks he had a better paying job, housing, a car and was out of the motel. But that is not even the best part of the story.

While Paul was working with Devaughn, he asked him if he was saved and baptized, and he said he wasn’t ready yet. So Paul gave him a Bible and told him to read some selected verses pertaining to salvation and who God really is. Devaughn called 2 days later and said he was ready. It was clear that God had been working miracles in his heart. He asked Paul what church he was from, and asked to be taken there to be saved and baptized. Paul took him to church and he received the Lord Jesus in his heart and was baptized.

Now Devaughn is doing well, progressing in life, still involved with that local church, and not needing help or support from First Step Back Home any more. The big problems with the homeless, poverty, and drugs could be greatly reduced if all churches and their congregations would seek to get actively involved to serve people in these situations, people who are often just trying to figure out how to change their lives for the better.